What Is MCN in YouTube: Everything You Need To Know

Growing your YouTube channel can be done in an abundance of ways, but one of the more popular routes would be through an MCN.

What is an ‘MCN’ (Multi-Channel Network)?

MCN is an acronym that stands for “Multi Channel Network”, and it’s become one of the more popular ways to approach your YouTube career. MCN’s are third-party services/companies that bring together multiple YouTube channels, offering them different ways to grow their YouTube channel exponentially.

All of the channels that play a role in any MCN must have been reviewed by YouTube and met monetization requirements in the past. Often, you’ll find two different channel types operating under an MCN umbrella, which would be:

The difference between these two options is how YouTube applies their policies and additional channel features with optimal clarity. YouTube and Google do not personally endorse MCNs, but you can still find a certified list of MCN’s over at the Creator Services Directory.

How Do Multi-Channel Networks Make Money?

MCNs will take a cut of the ad revenue a YouTube channel generates once they’ve been officially signed. This advertisement income is based directly on your CPM metric - which stands for “Cost-Per-Mille” (cost per thousand ad impressions). For example, a CPM of $3 would earn $3,000 for 1,000,000 video views! This is information you could also find using the YouTube revenue calculator.

Depending on the contract that was signed with the YouTube Multi Channel Network, there are some cases in which they can take up to 50% (or more!) of your earnings through revenue share. Not only that, but a lot of people overlook the fact that YouTube also takes a share of that advertisement income, to begin with.

How Much of the Profits Are MCN’s Taking?

While YouTube hasn’t verified the average percentage it takes from your advertisement earnings, community members have said that it’s around 45%. This leaves you and your MCN to split the rest (55%), with your Multi Channel Network.

There are also times where an MCN will craft brand deals for content creators and take a share of the profits as well. This means the content creator will likely create sponsored videos showing off a new product (or promoting a brand) while implementing it into their usual style of content. MCNs are known for signing tons of smaller channels before they get bigger, helping them grow into a bigger brand (while taking a cut of profits in the process).

How Do I See If a YouTube Channel is Part of an MCN?

There is no specific way to figure out whether a YouTube channel is part of a Multi Channel Network. The only chance you have at knowing for sure is if you’re part of a network yourself, and you happen to see a fellow content creator on the roster of talent.

SocialBlade used to hold this information, but due to changes to the YouTube policy, they had to remove it from their website. Ever since it was removed, nobody has found a foolproof way to determine whether a YouTube channel is part of an MCN or not!

Main Features of an MCN

Using a YouTube Multi Channel Network allows you to connect with people who are interested in turning your channel into a brand (as opposed to a hobby). Whether it’s sponsorship deals or helping you with the manufacturing of merchandise, joining an MCN will grant you access to a broader range of marketing tools for your channel.

Remember, they’re going to get a cut of the profits too, so it only makes sense for your MCN to do everything in their power when it comes to monetizing your content and channel. It isn’t just going to be in the form of YouTube advertisements, as they’ll help you improve sales in just about every category.

Money doesn’t grow on trees, and that rings especially true if you’re just starting up a YouTube channel. Some MCN networks will directly fund YouTube channels as a way to kick start their journey, especially if they’re confident in the content being produced.

Going through the troubles that arise at times while trying to monetize your channel can be frustrating, and that’s why MCN’s are here in the first place. They negate the hassle that comes with trying to monetize your content on YouTube, as advertisers are directly working with the YouTube Multi Channel Network to maximize their marketing campaigns.

Advertisement overlays for your live streams and videos have never been this easy to obtain! MCNs are specialists when it comes to keeping YouTube channels at the top of their game, meaning your production process may become something that they focus on. Whether they want you to change or stay the same is always up for debate when you’ve joined a Multi Channel Network.

There are benefits and disadvantages to look at when it comes to joining a Multi Channel Network, so it’s important to weigh your options.

The benefits are obvious to some, and “not worth it” to others. If you’re starting your YouTube journey and want a massive boost it can be worth it, but there are still plenty of high-profile YouTubers who swear by the MCN system. Some of the more obvious benefits would be:

There are a few controversial takes to consider before you jump right into an MCN, although they aren’t always going to apply to your YouTube channel. Everybody wants to make money on YouTube and it seems as if using an MCN is the easiest way to do so for most people - but what about the potential disadvantages? Some of the ones we’ve found are:

Joining a YouTube Partner Network isn’t going to guarantee you success by any means, but it’s one of the more efficient ways to grow your YouTube channel (especially if you’re just getting started).

Step 1: Figure out which network is the best fit for your channel

All of the YouTube Partner Networks you see aren’t going to be the same, and that’s a good thing. This means that you can fine-tune your search until you’ve found a network that you’re comfortable with pursuing, and it’s important to note that most of the popular options already have thousands of creators included within them.

If you’re somebody who has less than 100k subscribers, you may be better off looking up local (or start-up) YouTube Partner Networks that may focus on smaller channels. If you happen to be growing quickly, you may decide to take a look at one of the larger networks (like Fullscreen).

Always be sure to take a look at the kind of content associated with these channels! After doing that, it leads us to our next step.

Step 2: Look at the other creators associated with your target network and model your content after them

The network itself is often going to reach out to you first, but there are times where you can try to keep yourself in their line of sight. Take a look at the creators currently being represented by your target network, and take note of how they create their videos.

You don’t want to copy them entirely, but introducing some of the elements being used in their videos into your own is always ideal. Being a copycat isn’t going to get you very far, but putting your unique twist on what the network already enjoys is a great start!

Step 3: Become an established member of the YouTube Community

Growing your presence within the YouTube community may be the easiest way to land a spot in your target MCN. Creating connections and working with people who have been in this industry for a long time is only going to be beneficial - the longer (and more successful) you are on YouTube, the better your connections are going to be. Whether it’s other content creators, agents, or advertisers, there are a lot of people to connect with on YouTube that can help you become an MCN member.

We’re not telling you to spam the inbox of your target networks’ representatives, but you are expected to reach out and start the conversation. If you’ve already done your due diligence and figured out which YouTube Partner Network you want to join, it shouldn’t be hard to find contact information. Some of the larger companies will even have a Contact Us page, which is still viable enough to get things going. Once you’ve reached a certain level on YouTube, large companies will typically reach out to you, saving you the trouble; but this isn’t always a given.

Step 5: If at first, you don’t succeed, pick yourself up and TRY AGAIN!

If you’re dedicated to becoming a member of an MCN, you may have to give it multiple tries. They aren’t always scouting for new talent, and there are instances where your content may not meet their level of expectations (not yet, at least). Sometimes networks won’t even give you the light of day if you haven’t already built up a reasonable subscriber count.

If you don’t get through the first time, don’t get discouraged. Keep on growing your channel and remain focused on the goal at hand - after a while, your hard work is bound to pay off.

YouTube Money Calculator: How Much Money Can You Earn 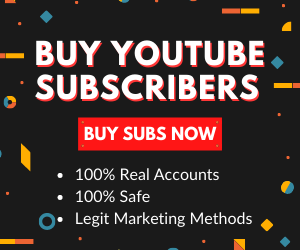 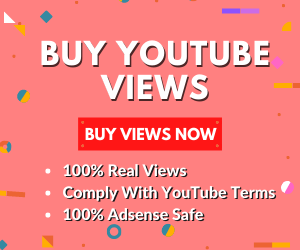 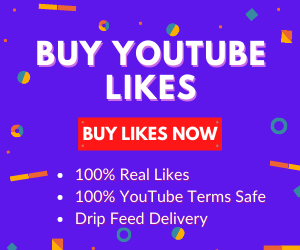