YouTube is unstoppable. Since its launch in 2005, this social media platform has done nothing but grow. Today, there is a total of over 1.3 user accounts. Thirty million users visit the platform every day, watching 5 billion hours of video on a daily average.

As astounding as these numbers are, a lot of creators on the platform struggle when it comes to viewer engagement. A lot of subscribers and video views are great to have. However, if nobody comments on your videos or gives you feedback (i.e., likes or dislikes), you might be in a bit of a pickle.

If you have your own YouTube channel, you're probably in the eternal rat-race for top rankings in the platform's search engine results page. The very top of the very first page, to be exact. You got your SEO skills perfected. You're promoting your videos in any means. You're uploading consistently; your thumbnails are beautiful - you're doing everything "by the book." Somehow, your videos don't get ranked high enough. They're not getting enough exposure. YouTube's algorithm doesn't seem to like your content enough to want to push it forward.

Frankly, you can make the most exceptional content. You can use the highest-tech, top-notch quality camera, editing software, and lighting gear. You can have millions of subscribers and hundreds of thousands of views on your videos - but they all amount to nothing if your subscribers aren't engaged. 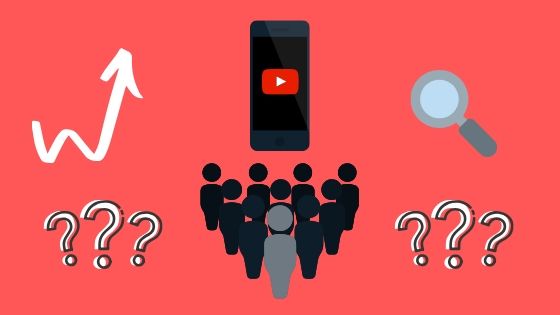 The most common misconception among newbie YouTubers (or, "NewTubers") is that the more subscribers you have and the more views you have, the better. This claim isn't entirely wrong - having a lot of subscribers and video views feels (and looks!) terrific. The problem is that YouTube doesn't care about these factors alone.

YouTube's algorithm's primary concern isn't you, the creator. It's all about the viewer. The algorithm scans the endless amounts of videos and channels and looks into them very carefully. If it finds something that seems popular because it has big numbers on the subscribers and views counters, the algorithm's interest is piqued.

It will then take a closer look at your user engagement. User engagement is a compilation of critical metrics that the algorithm uses to measure and assess your content's popularity and quality. These key metrics include:

- Session Watch Time: the total amount of time spent on the platform. Meaning, you want your videos to keep viewers logged on to the platform for a long time.

- Interaction: the algorithm measures interaction by the number of likes, dislikes, and comments you have on your video.

Watch time and session watch time are valuable. However, most creators (especially the new ones), seem to ignore or underestimate the significance of comments, likes and dislikes on their videos.

Why are likes and comments so important, then?

If you don't have any likes, dislikes, or comments on your videos, but you have a lot of views and channel subscribers - something isn't entirely "kosher." After all, there's no possible way that thousands, or even hundreds of people watched your video - but not a single soul had an opinion on it.

In other words, likes and comments are the algorithm's only way of knowing if your audience liked your video and wanted to interact with it. The algorithm "scans" your video and sees that lots of people watched it, but none commented on it or liked (or disliked) it. In this case, it will choose to "ignore" your video in favor of other videos that have more engagement on them. As a result, your video gets pushed down the SERP ranks and gains no exposure. 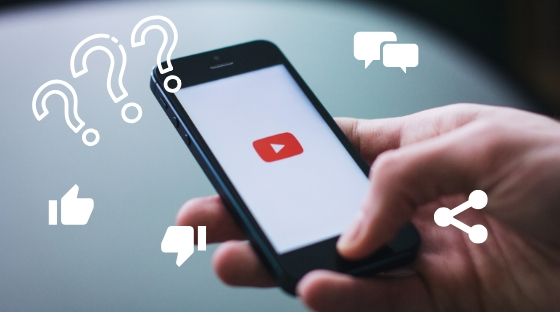 Why is it so hard to get viewers to interact?

Getting people to interact on your videos is a tough task to handle, and it's an obstacle that all NewTubers have to overcome. Sadly, it has little to do with the creators themselves. You can produce the best content, but you also need someone to light up the spark and get the ball rolling.

There are very few people who like being the first to do anything. Most humans are followers, by nature, rather than leaders. Social Proof theory validates this claim through social psychology. It explains why people are more inclined to "follow" rather than "lead," especially when it comes to consuming content (or any product, actually). If it had been easy to make people want what you're offering, marketing wouldn't have existed.

According to Social Proof theory, people will be more likely to interact with your content if they've seen that others have done it before. The logic behind it is that if other people have seen your content and liked it or commented on it, it means it must be worth it.

The easiest way to do that is to buy YouTube likes (and dislikes) and comments. Doing so will help you in two crucial ways. First, the algorithm will see that your video is engaging. Second, your audience will feel "safer" about interacting with your content because they won't be the first to do so. However, there's more to this equation than just numbers.

What does it all mean?

Generally speaking, comments are the foundations on which you can build a community around your content. That means that buying any comment for your videos might not have the effect you need. People aren't entirely stupid. They can tell when comments on videos are "faked" or bought.

You can overcome this hurdle by buying custom YouTube comments. Real users generate these comments, and you're the one in charge of deciding what each comment will say. This way, they won't be generic and "spammy," but will have meaning and value in other peoples' eyes.

Another vital thing to remember is that your comments count, as well. Meaning, whenever you reply to someone else's comment - the algorithm sees it and likes it. YouTube is a social media platform, after all. For the algorithm, answering user comments means you're an interactive, engaging creator. Therefore, people will benefit from your content not only because it's excellent, but also because they can form a social connection with you. Not only that: you can also use genuine user comments as inspiration (or actual content) in future videos.

The Numbers Have To Make Sense.

As with anything in life, you need to be careful not to go too far. No one knows what the "golden ratio" is for comments, likes, and dislikes. The consensus, however, is 0.5% comments per view. That means around one comment per 200 views.

Other Ways To Improve User Engagement...

On YouTube, user engagement has a lot more weight than creators think. Ignoring such an important aspect and only focusing on subscribers and views will stop your progress towards success.

To improve user engagement consistently, make sure to prompt your viewers to start a discussion in the comments. Ask them for their opinions, ask them thought-invoking questions, and don't forget to reply to their comments and participate. Convey to your audience that their feedback is valuable and meaningful in every video.

What Are You Waiting For?